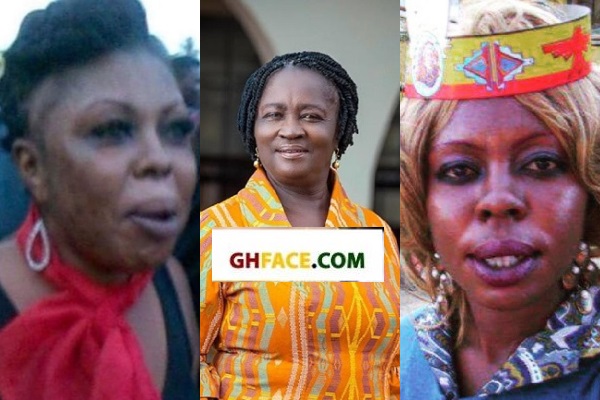 Afia Schwarzenegger, born Valentina Nana Agyeiwaa has crossed her boundary after she posted a screenshot photo of the Vice-Presidential candidate of the NDC, Prof. Naana Jane on Facebook.

According to the caption attached to the photo, the self-acclaimed Comedian was an attempted intention to mock Prof. Naana Jane Opoku-Agyemang who was then in an interview with the General Manager of GHOne TV, Nana Aba Anamoah.

‘hair and make-up on point”

Well, as usual, ‘controversial’ Afia wasn’t spared the rod by her own fans and followers as they lashed out at her.